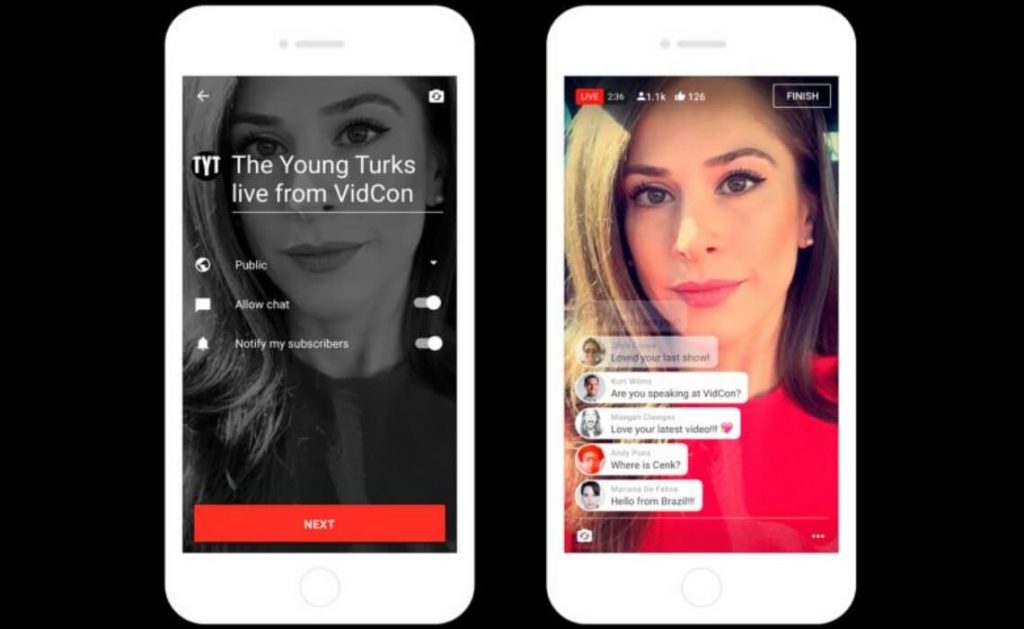 Streaming any event “live” was considered to be fiction before the onset of radio and television. Live broadcasts such as sport occurrences, contemporary news, musical performances, award functions and many more can be forecasted on the internet in this century without any hassles. YouTube broke all the possible barriers by permitting YouTubers with more than a hundred subscribers to stream their videos live. Webcams, spectacular cameras and a decent internet speed are some merest obligations in the form of live streaming tools that would certainly gratify your needs. Now you can take a breather and stream your videos from your house, workplace or during any event or occasion.

Live stream on YouTube essentially labels screen resolution as a priority. While commencing a live stream on YouTube, you as an uploader would definitely prefer a HD quality video rather than enduring something in standard definition. An adequate internet speed must be available to support High Definition videos. Rendering a video is 720p or 1080p would be much more captivating than uploading a video at 480p. Summing up, the live stream primarily depends on frequency range or bandwidth.

Some of the Merest Requirements to Live Stream a Video on YouTube:- First of all, your channel needs to be documented and it must not have any stream constraint or restrictions in the last three months. You must have a Creator Studio Tools installed on your system which would navigate you to the option for Live Streaming. Now create a live stream from your YouTube application on your system or mobile.

YouTube implements three generic ways to create a live stream namely Events, Mobile and Stream now. Stream now is a technique where components such as frame rate and resolution are being identified by YouTube unquestionably. While the YouTuber is live, Stream now converts the content into all possible resolutions ranging from high to low so that anyone with any connection speed can relish your live videos time to time.

How would you go Live Immediately? Stated below are some steps which would answer your queries:-

Having a couple of encoders in a couple of computers with one encoder in each as a backup tool is eminently recommended. It would be highly felicitated if the two systems have different broadband sources. Video uploaders must be aware that the broadband is being solely used for the live streaming purpose only. Using the broadband for some other application simultaneously would cause possible hindrance in the path of live streaming. Testing is a compelling chore which must be executed even if every apparatus, hardware and software is in place. Implementing a test video one week prior to the actual event is commendable. A complete dress rehearsal is advisable prior to the live stream.

The cost of production depends on varying factors such as equipment charge, tariff in case of rented apparatus, encoder and software outlay. Streaming a live video over YouTube is expensive but again the monetization options paying the uploader maintain a symbiotic relationship. If one needs to make money by live streaming, then the ones uploading the content must choose their options wisely.

Empowering advertisements can assist in earning satisfying remunerations. Once your channel is open to monetization options, YouTube post confirming your eligibility would activate ads which will serve as a part of your content. Uploaders can register with three different types of advertising preferences. In case the uploader wishes to stream his ad before the outset of the content then it is recommended to go for Pre-Roll ads whereas Mid-Roll Ads operate in between the live stream just like any television oriented program. Overlay ads spurt beside the content and on different corners of the page.

How to Enable Monetization Options? For an event monetization one needs to select some options such as “Monetize with Ads”. Coinciding or syncing the preview player to the Control room must be integrated before the onset of the content. The preview plays automatically once the “Start Streaming” button is tapped. The Stream now block also contribute funds which can be achieved by clicking the “Play Ad” button. Once clicked, YouTube will demonstrate a video advertisement to numerous YouTube savvies which won’t be forecasted on your Control Room. Skipping advertisements would redirect users to the actual content which had been uploaded by you.

Interested to make money by live streaming? This is as elementary as a child’s play. Paid work is always favored. Payments boost and upsurge the quality of service. A mutually beneficial transaction is relevant in most spheres of life. Showcasing your talent and getting paid for it is sanctification. It encourages more individuals to unveil their talents in front of the virtual world which would be perceived by real world followers. Being reticent won’t be a dilemma anymore since you don’t have to stand in front of a mob to recite your phrases; YouTube will stream them live for you! Acquiring fans and followers is no more an inconvenient option for experts across various fields.