Why Disney is Starting its Own Streaming? Will Netflix be a Competitor for Disney+? 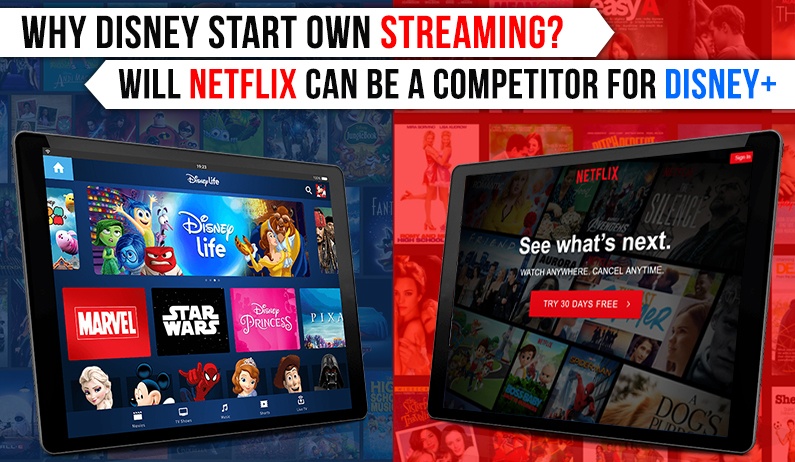 Disney makes billions from licensing its content for streaming on the third-party platforms. However, now it’s clear that Disney wants a bigger share of the OTT streaming pie. The company has already announced they are going to launch their own streaming platform and would be reaching directly to the consumers now.

As per CEO Bob Iger’s words, Disney has been in a “good relationship” with Netflix, but it’s time to exercise an option and have a dedicated platform for or content.

It’s still 173 Days for the launch of Disney’s official OTT subscription platform, but it’s already in trends. A buzz was there since before 2017, but things went official with Disney announcing their launch in the upcoming November 2019.

The officially named Disney+ streaming service is in direct collision with the likes of Netflix, Amazon Prime, and Hulu. However, as Netflix is the biggest of the giants with over 140 million premium subscribers worldwide, it is believed that we would be seeing a direct face-off between the two.

How Netflix is a tough nut to crack for Disney?

Netflix is as far the biggest giant in the OTT streaming services. With over 140 million subscribers, its way ahead of its biggest competitor Amazon Prime, which has only around 20 million subscribers. In such a market, if Disney has made its mind, of course, it’s going to start with a bang.

The first thing that comes to the mind is the pricing comparison. While Netflix’s cheapest plan in the US starts from $8.99/month, Disney plans to grab the audience with cut-rate $6.99/month. The price difference of $2 is significant, and Disney is clearly a winner in term of price.

We must also note that Netflix is exhibiting quite a different strategy for the developed countries like the US, while it’s also aiming contrarily at the developing countries, which are growing fast in terms of adoption of the OTT streaming services.  Recently, Netflix has been testing a mobile-only plan in India for as low as 250 Rupees/month ($3.6). 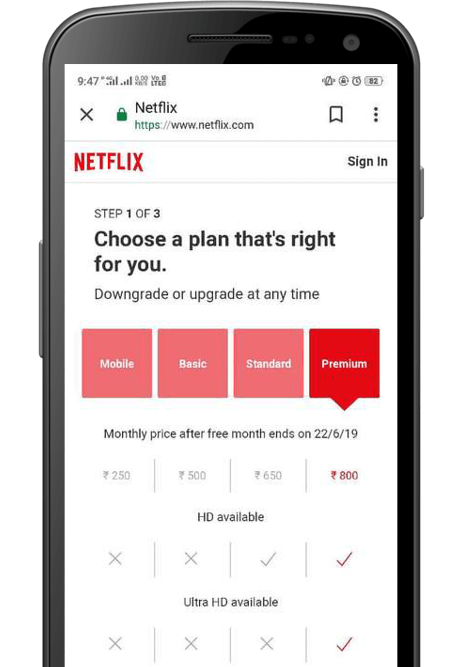 However, there is this other side where Netflix raised its cheapest plan’s price from $7.99 to $8.99 in the US. Disney is watching this and probably has a plan to capture first the US market and then worldwide. It has to come up with some extremely competitive pricing if it’s even thoughtful about the global market.

Clearly, as of now, Disney is winning the war of pricing, but still, it’s too early to say anything prior to the launch. Netflix has also been testing some way cheaper weekly plans separately for cross-platform streaming and mobile-only streaming. It is not going to give up on the pricing that easily.

Price is not the only Contemplation for Winning this Combat

Of course, everyone wants cheaper prices, but that does not mean they are going to compromise on the content. Nobody would stick to a platform if there is no value for money in the returns. Cheaper prices won’t help much if there are no shows or content that everyone would like to watch.

Currently, Netflix is a giant repository of over 5,500 titles, which includes TV shows, Web series, Netflix Original Series, Labeled movies, Netflix Original movies, Documentaries and much more. Disney+ would have to come up with quite a competitive catalog right from the first day.

If you have been a Disney’s label fan, you would know, it’s going to be a bang with some awesome Disney owned titles in the catalog. Take movies like The Lion King, Star Wars, Marvel movies, and shows like The Simpsons for the starter. Netflix is full of a very huge list of Disney’s properties. It’s going to be a tough job for the giant after Disney pulls out all of its proprietary content from all other platforms, which actively includes Netflix, Amazon Prime, and Hulu.

Though Netflix has been making a space with its originals, without Marvel, Disney, Fox, and Pixar, it will lose a significant amount of content to its direct competitor. That also means, Netflix has to come up with more originals, and billions would be spent on creating exclusive content.

Same also goes to the Disney, as old content might give them a head-start, but they would not help Disney carry on for the extended period. Eventually, people will want to see originals from Disney too; Content which they cannot find anywhere, not even in the theaters.

Disney knows the market and admits it’s going to be a long battle before they can actually start receiving the profits. They admit that the service will not aim for the profit up until 2024 and will continue to operate in the loss until then. It will invest in content creation and providing cheaper plans so that they acquire the market first before heading for the profit generation.

Disney owns the major labels and franchises like Disney movies, Star Wars, Fox entertainment, and Pixar. It has plans to keep most of these content exclusive to the Disney+ platform while allowing some of them to be streamed on other platforms including Netflix. By pulling the exclusive content itself, Disney will lose over $300 million annual revenue, which comes directly by selling streaming rights.

Well, you can’t expect anything lesser from a multi-billion company and they can even afford to operate in the loss. With such a commitment, it’s going to be a rigid competition for Netflix to walk toe-to-toe with Disney. Nevertheless, Disney’s announcement to take the OTT streaming platform market by the storm has indeed created a ripple effect.

If nothing, we are certainly going to see aggression in the pricing plans and content quality in the upcoming time. The imminent giant owns most of the content labels, a majority share in a popular OTT platform (Hulu), and a well-known sports Live Streaming Software (ESPN+). Disney will target your whole family from kids and adults to sports lovers.

As per the exclusive Disney originals are concerned, they have already announced a few of the popular titles. Be it the adaptation of well-known kid’s book Timmy Failure, comedy shows like Noelle, Action packages like Lady and the Tramp, it’s a huge catalog to choose from. Disney is also planning to oversee the Star Wars series named Mandalorian with the first day of the launch. In addition, they have also planned a Return of the Jedi spin-off.

Can Netflix be a Competitor for Disney+?

As there is already an ongoing battle between Netflix, Hulu, and Amazon Prime, Disney might just win on the content with most, while loose on price with some.  However, content is the king, and people would not pay even pennies if the content is not up to the mark.

In all this, original content plays a significant role, which has become a new standard of quality. Netflix has already won hearts with its originals and so did Amazon Prime. Having exclusive content like House of Cards, Stranger things, and The Umbrella Academy, Netflix shines in the competition. 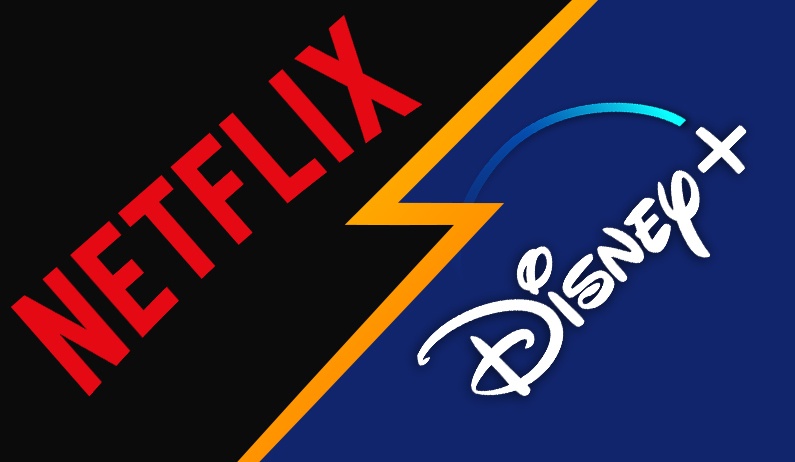 However, with Disney joining the race, Netflix would lose some of its best performing shows like Jessica Jones, Luke Cage, or the Iron Fist. To tackle with each other, both the giants will have to spend billions on more originals.

Disney might win this war with most of the popular franchises in its trunk. I mean, who would not want to see a standalone or combined Marvel’s Black Widow, Vision, or Scarlet Witch series. While Disney is a mainstream media production house moving slowly to the streaming world, Netflix is doing right the opposite. It’s transitioning from a Streaming service to a full-fledged production house.

Finally, it’s hard to tell if Disney is becoming Netflix or Netflix is growing into Disney, but it’s certain that viewers are going to have a great time. As per the exclusive rights of the content are concerned, we can be certain that Disney will not make any deal with Netflix, Otherwise, they might just end up killing their own platform with their own content.