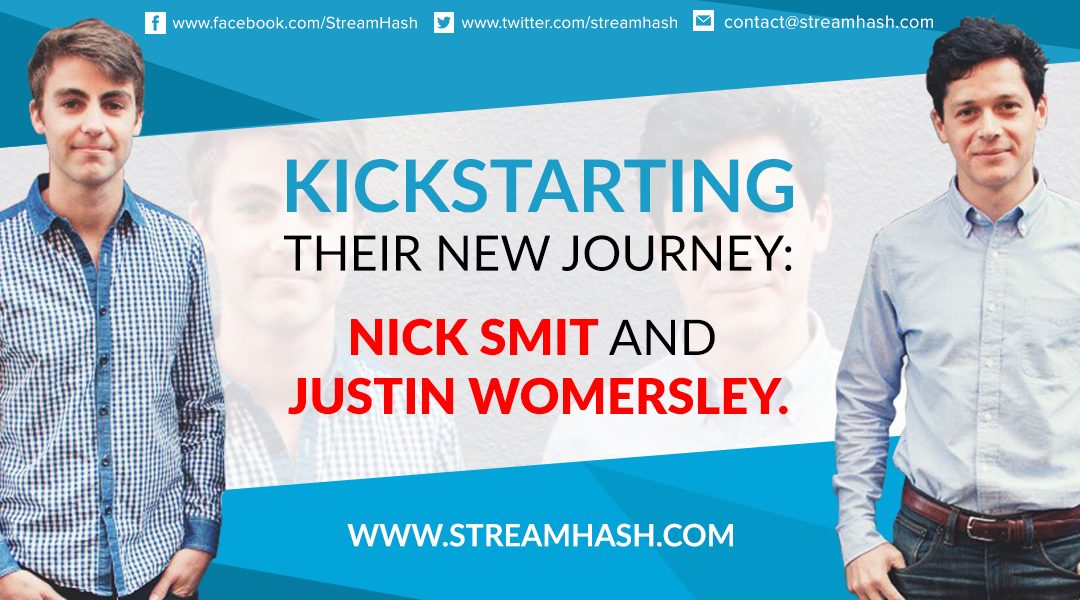 Who knew that one day, a business owner in the Australian outback would be able to draw an investor from Sub-Saharan Africa, to invest in his enterprise? Who knew that not only would these unlikely parties be bound by a compelling internet platform, but that they would one day, be able to interact virtually for live broadcasts, question-and-answer sessions and even product demonstrations. So what if they were separated by several thousand kilometres and the Indian Ocean?

Thanks to Kickstarter, the online crowdfunding platform that has provided impetus to numerous start-ups across the globe, geographical boundaries have evaporated to produce abundant business opportunities and seamless communication networks. The organisation brings business owners and artists together with potential investors in a bid to provide funding for viable ventures. Since it started, it has witnessed $1.9 billion in pledges from 9.4 million bidders, and it has clocked 257,000 projects.

In November 2016, Kickstarter launched its live streaming platform, Kickstarter Live, an interactive streaming tool that lets users raise funds in real-time. And to help build their newest offering, they turned to Huzza Media Inc, a Vancouver-based firm that specialised in user-led events and live streaming.

Amazingly, Huzza, started by Justin Womersley and Nick Smit, wasn’t started as a platform for burgeoning businesses. Oh, no. It was started as a virtual forum for musicians to reach their fans through live video. Womersley and Smit, both South African émigrés, had originally started Huzza in Silicon Valley. Following Canada’s Startup Visa program that promised business owners permanent residency in Canada if they managed to attract an investment from a venture capitalist, the pair shifted the company’s headquarters to Vancouver. A chance meeting with the CEO of one of Canada’s foremost venture capital firms, and they had landed themselves a deal. Huzza knew it had a winning product, when Womersley and Smit saw the impact that their platform had, pulling the music community closer. The product imparted a sense of personalisation and poignancy, cutting through the cyber clutter that vanilla websites often tend to impose. Live video was the way to go.

Womersley and Smit soon discovered that Huzza’s application was universal. It could work for dancers, entrepreneurs and entertainers just as well. Huzza was an interface, and it was agnostic to who was on either side of it. Womersley and Smit leveraged the opportunity.

Huzza, on its part, has collaborated with a number of crowdfunding platforms in the past, with Patreon, being one of the best-known apart from Kickstarter, of course. Last year, when Kickstarter partnered with Huzza to create Kickstarter Live, hundreds of users sought the new live video feature to create online fan circles that catapulted them to cyber centrestage. But that’s not all. The fact that Huzza allows audiences to explore an artist’s personal space, delve into the creative process and experience what happens before the curtains fall, makes it more exciting. It allows fans to feel like they’re part of the artist’s journey. In turn, creators can garner maximum support in the earliest, most nascent stages of their business. Kickstarter has revealed that on average, a user spends approximately 16 minutes on a stream with its creator. And those users that employ streams profit from a 74% success rate, twice that of businesses with no streams.

Internet platforms, whether for video, news journalism or other media, make it difficult for users to separate fact from positive rhetoric. Live streaming engages users like never before, providing validation that the creator is authentic. It lends genuineness to the process.

In January 2017, Kickstarter witnessed an outlandish campaign on its platform; it was a product called Adoptly. The product, a bizarre mishmash of features inspired by Tinder, was an adoption app that worked just like Tinder. Swipe right for yes, left for no; with only a snapshot of a baby’s face for consideration. The app was a market for babies, a crude way of turning an adoption campaign into a superficial pageant. While the campaign was not eliminated from the Kickstarter platform on ethical grounds, there was scepticism surrounding the campaign, with many raising an eyebrow about its legitimacy. Nobody knew a thing about the creators, and there was no way to know.

Now, close on the heels of the success of Kickstarter Live, Kickstarter has announced the acquisition of Huzza. With this, Huzza becomes Kickstarter’s first office outside the United States. Huzza’s erstwhile company headquarters in Vancouver, Canada, will now become Kickstarter Live’s primary base, where Womersley and Smit will grow their talented team of designers, coders and engineers.

It hasn’t been an easy decision for Huzza to join Kickstarer’s growing empire. While the acquisition certainly celebrates Huzza’s success story, the deal has come with certain conditions. For starters, Huzza has been asked to dissolve its creator-facing platform, one that was tied to the Huzza brand.  Nevertheless, with the Huzza team’s foray into the Kickstarter family, there will be no dearth of opportunities in leading initiatives related to developing the creator interface.

Huzza has set a precedent in one of the biggest acquisitions in the live streaming niche. And yet, there’s still so much potential left. While Kickstarter Live will capture the sentiments of investors and entrepreneurs, there are a multitude of other industries that can be penetrated in a similar way. Think cooking tutorials, beauty tutorials, video exercise guides, live dance lessons. Once you prove that there’s something there, attracting investors will be much easier, and your brand may even be considered for an acquisition. Plus, you can get started in a matter of two days, with Streamhash’s turnkey framework. With Streamhash, you needn’t invest time or money in starting from scratch. They’ve done it all for you. Visit their website at www.streamhash.com to know more.

Kickstarter is following a novel trend led by the likes of Facebook, Periscope and Twitch.tv in the recent past. For crowdfunding, streaming is an effective way to gain the trust of followers. When backers are invited to witness behind-the-scenes goings on, gaining trust becomes a whole lot easier. Thus, potential investors may see a tangible return on investment.

As Huzza pulls its own shutters down and moves into the Kickstarter family, it’s interesting to look back at its journey. From an unlikely start-up that followed its founders from country to country, to a flourishing business that was ultimately acquired by Kickstarter, it has come a long, long way.

If you look at the larger picture, Huzza is a microcosm of the massive online video streaming community. There has been a number of businesses in the past few years that have successfully adopted video streaming as a tool for engagement. For example, Experian, a finance engine, uses live streaming to connect users with experts who give advice on student loans, credit, debt and market risk. And they use the hashtag #creditchat to create online buzz amongst users and non-users alike. LiveList, a virtual performance app allows performers and entertainers to connect with fans around the globe, enabling followers to keep up with events, dates and even local performances.Then there are quirky enterprises that use live streaming to showcase media that hasn’t been ventured into before. The MoonWatcher, for instance, is a platform that plans to launch the world’s first private satellite with a cutting-edge camera, to provide stellar images of the lunar surface. Of course, when it comes to live streaming, you can start anywhere, and the investment is minimal if you opt for a turnkey platform like Streamhash. Every industry has the scope for video streaming; it’s up to you to plug it in.

Did someone say business opportunity?