How to Ride India’s Big Video on Demand Wave 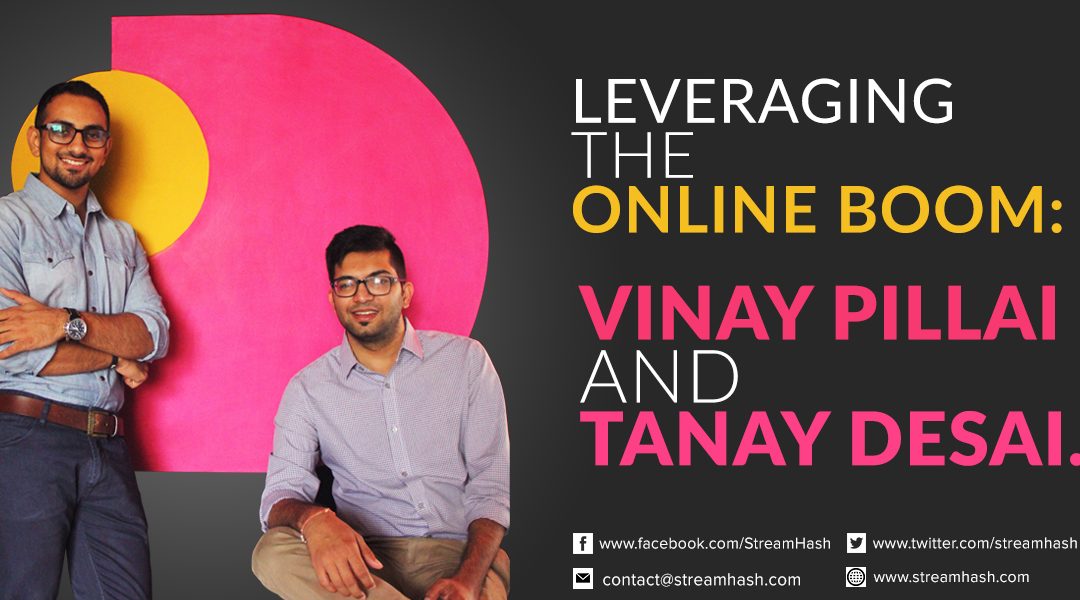 The sheen and glitter of Netflix’s fanciful offerings aren’t currently tailored for India’s vast regional populations. Aside from the country’s content-guzzling urban dwellers, Netflix hasn’t appeased most Indians. And unless it tweaks its media basket, it likely never will. Add to that, the fact that only about 15% of Indians have access to internet, and not necessarily high-speed internet, and you have yourself a problem.

It’s this gap that Vinay Pillai and Tanay Desai identified. When the idea struck them, both aspiring entrepreneurs were working as consultants for Booz Allen Hamilton in Washington D.C., and they knew right away that they had a worthwhile idea. They decided to act on it in the March of 2016. They called their endeavor, Dekkho, meaning watch in Hindi.

The partners started Dekkho as a platform to provide diverse over-the-top content to Indians. In a proposition similar to Netflix and Amazon Prime, Dekkho was designed to let viewers watch, subscribe, share and rate content. When they started, Pillai and Desai knew one thing: that Indian audiences wouldn’t pay for streamed content. And so, they created an advertising-led revenue blueprint that allowed users to view free content. In a YouTube-esque model, the company draws its revenues from advertisers, who broadcast their ads before or during a video. Dekkho works out a fee based on the length of the advertisement. Effectively, you have happy advertisers, happy users and happy content partners. Everybody wins. The founders have hinted, however, that paid content is a possibility in the future. The pair commented that premium content services were viable for products with a superior user experience, content variety and content novelty.

In a country where most citizens do not have access to high-speed internet, Dekkho has a functional solution. The platform offers an offline video facility, and the company insists that the bandwidth consumption is lower than on other media providers.In a bid to win the hearts of Indian viewers, Dekkho has sought to establish partnerships with content providers such as MissMalini, All India Bakchod, Times Group, Sony Music and ScoopWhoop, all media producers that primarily produce content targeted at the youth segment. Dekkho also claims to offer an uncluttered, choice viewing experience.

As Netflix and Amazon Prime, along with an assortment of Indian media players like Reliance Jio, Hungama, Hotstar and YuppTV, take the Indian market head on, Dekkho has its work cut out. But Pillai and Desai have conviction in their brand. The entrepreneurs know that content providers need seasoned aggregators to deliver their content. And with the collective over-the-counter experience that the Dekkho team boasts, the platform would be an ideal choice. Having invested time and effort in gauging the pulse and preferences of the youth in India, Pillai and Desai are confident that Dekkho will soon become the preferred choice for online video content across a range of devices. The brand already reaches out to a whopping 2 million users monthly, a reflection of its expanding reach.

The Video on Demand (VOD) niche in India has seen Netflix and Amazon Prime, amongst other players, plant their flags in the past year. And to differentiate itself, each brand’s approach has been unique. Netflix is closing more local and regional deals, and Amazon Prime has partnered with indigenous authors, writers, directors and producers as it ventures into its own original series. Both Netflix and Amazon Prime are tailoring their content for the Indian market. With competition becoming fierce, the key to growth is locking exclusive long-term partnerships with production companies.While old films are usually covered in these agreements, VOD firms are also clinching deals where they will be able to premier movies on their platform before they hit the television.

In the recent past, there has been a slew of collaborations between production houses and VOD platforms. Hotstar has signed an exclusive multi-year deal with Disney India, to showcase the production house’s movies on its premium variant. Hotstar is growing its international content on Hotstar Premium, while keeping its basic version more local. Similarly, Netflix has partnered with Red Chillies Entertainment (RCE), an Indian entertainment studio owned by Bollywood actor Shah Rukh Khan. This will give Netflix viewers access to a huge library of RCE films. And taking a cue from local VOD platforms, the brand is producing a local series called ‘Sacred Games’. Amazon Prime is focusing on a diverse array of content, in several languages. The service also promises to feature movies just three weeks after their theatrical release, much before their television premiere. In addition, it has closed exclusive deals with Dharma Productions, Vishesh Films and T-Series, three of India’s top production houses.

If you want to start a business like Netflix, India is a great market to target. In 2016, the smartphone user base in India grew 18% to reach a staggering 300 million users. The global smartphone user base, in comparison, grew only 3%, making India the leading smartphone market in the world. In light of the fact that 46% of videos globally are consumed on mobile handsets, the video streaming business model seems more lucrative than ever.

Netflix employs public clouds such as ec2 and AWS and NoSQL-based persistence solutions like CAP Theorem. The Netflix Cloud Platform forms a layer composed of services, tools, frameworks and technologies that lie on top of ec2/AWS.

As a new business owner, these technologies are obscenely expensive, and for most, unattainable. That’s where technologies like Streamhash come in. Streamhash lets you start your own VOD site in just 2 days, at a reasonable cost. Armed with fantastic features and a responsive design, the product can whip up a fabulous Netflix clone for you. Its fluid design also ensures that users experience the same interface across device sizes and types.

Streamhash is also equipped with a selection of themes that users can apply to personalise their interface. Plus, it has an inbuilt SEO-optimisation feature and a user-friendly admin panel. Streamhash also comes with differential servers to support your site: a Nginx one for video streaming, and an Apache one for web pages. Most importantly, Streamhash is embedded with a noteworthy  turnkey video sharing script that lets users divide  videos into categories instantly.

Streamhash is backed by Real Time Messaging Protocol (RTMP) technology, a free, open source extension module that is linked to the Nginx web server. You’ll find other technologies that do the same thing as RTMP, online. And while they’re all awesome, they’re all expensive. RTMP is a multifaceted, pocket-friendly platform. RTMP also lowers latency, ensuring that content flows seamlessly to even a user with a low bandwidth. A lower latency also facilitates real-time conversations with your viewers, and reduces buffering.

In terms of monetisation, VOD platforms follow a gamut of models. Amazon Prime, for instance, charges an annual subscription fee of Rs. 999, discounted to Rs. 499 as an introductory offer. Netflix has differential pricing models depending on the package that a user picks. Its packages range from Rs. 500 to Rs. 800. Hotstar doesn’t charge for its basic platform, but it does follow a pay-per-click advertising format with its advertisers. It also has a variant called Hotstar Premium, that features primarily international content. For this, it charges Rs. 199 per month with an option to cancel any time. Likewise, Hungama’s monthly subscription is pegged at Rs. 249 per month.

Netflix launched a digital campaign last year called #LifeWithoutNetflix, highlighting the benefits the platform offers. This was followed by more digital ads, featuring some of India’s well-known comedians, which did the rounds on social media. Their campaign for the new year got 3.2 million views in just 6 days. Amazon Prime is employing several arrows in its marketing quiver. Other than digital and social media campaigns, it is trying conventional formats like hoardings, print and television for their regional content launches. Amazon tweaks its strategy depending on the market. Voot, an Indian VOD player owned by Viacom18, leverages television ads on its partner’s channel and saw 20 million downloads in just six months.

The VOD ecosystem in India isn’t composed only of VOD platforms. With the growing potential it is showing, a spate of complementary services have arrived through various brands. JustWatch, a Berlin-based startup, offers users a search engine to find legal versions of their favourite movies and television shows, online. Using the engine, users can compare content on Netflix, Hotstar, Amazon Prime and Hungama, amongst others.

The Indian market is highly fragmented by language. And this gives rise to immense opportunity to VOD players to bring out a range of content across languages. For example, VOD brand Vuclip, announced the launch of its original production series, titled ‘Originals’, in regional languages. The series will debut in Telugu, followed by other languages. The brand is the first in India to offer VOD content in local languages.

It’s a great time to consider entering the VOD market in India. And with several companies having set a successful trend, there’s proof that there’s money waiting to be made.