How Chinese Dating App Momo Witnesses Rapid Growth? Is It Because of Live Streaming? 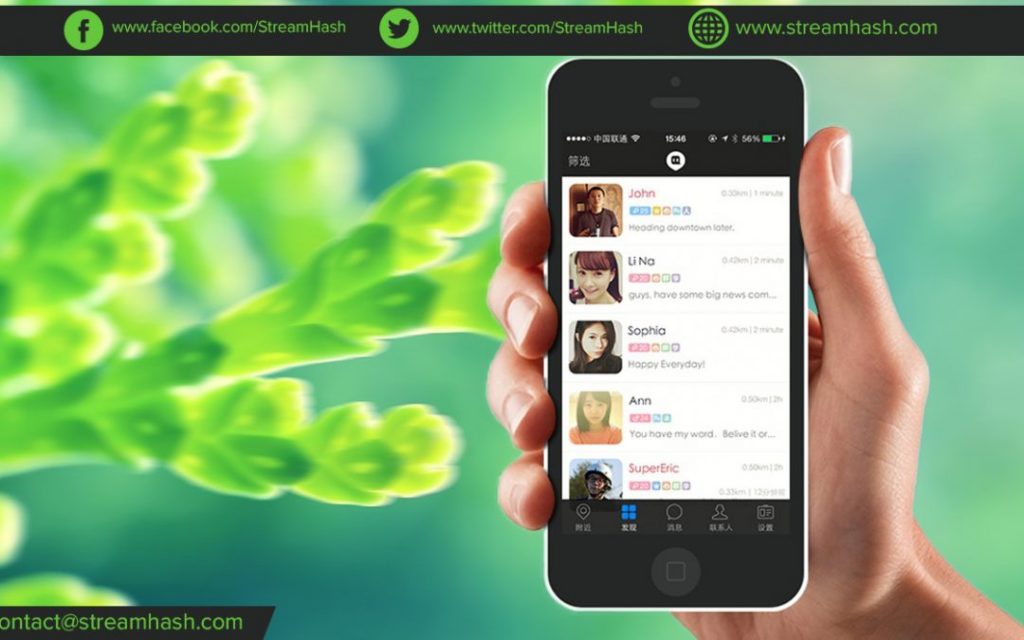 Who knew that a location-based relationship app in China, set up to let millennials find like-minded partners in their vicinity, would eventually end up raking in 80% of its revenue from live streaming? Nobody. But Momo, an app that lets members connect through social posts, live videos, chat windows, personal and video posts, has done just that.

Momo was started in 2011 in China, with an aim to unite people within the same geography. For instance, if you had the Momo app downloaded onto your phone, and you happened to be in a restaurant, café or park, you would be able to trace people nearby. It is more specific than your average Tinder, because it boasts a unique radius, ensuring that the matches you receive are virtually within walking distance of you. The company has demonstrated tremendous growth since last year, as chronicled in its annual report. Having grown by 524% in the first quarter of last year and then topping it off with an annual revenue hike of 313%, Momo is going places. But Momo hasn’t always had it hunky dory. After its initial wave of popularity way back in early 2015, it witnessed a trough, a trend the company attributed to a slump in smartphone sales and a setback in software updates. It was with the onset of new business initiatives, like the introduction of live streaming software on its platform, that Momo regained its momentum.

The Role of Live Streaming in Momo’s Success

So, we have established that Momo is doing phenomenally well. But what was the turning point for this Chinese homegrown venture? In late 2015, the company added live streaming on its app, a feature that users lapped up from the get go.

Live streaming apps aren’t unusual in China, but it was even more relevant for Momo to integrate the service into its platform because it enabled users to virtually connect with others before arranging a physical meeting. Live streaming has brought in exorbitant revenues for Momo, adding up to $194. 8 million in the third quarter of 2016 alone. Today, live streaming is the largest revenue stream for the company, composing 80% of total revenues.

Many small firms today, are dabbling in live video streaming, thanks to economical platforms such as Streamhash. The good news is that you needn’t overhaul your existing technology stack to introduce live streaming to your platform. You can purchase a readymade framework. Streamhash provides a turnkey technology that lets you do just that. Just plug and play, and you’re ready to go in just two days.

Momo has established three primary revenue streams as part of its monetization model:

Momo’s initial revenue approach revolved around paid membership subscriptions. Of course, anybody was free to use the app, but a membership unlocked exclusive benefits such as premium logos, refined search options, offers in the emoticon store, more features in a group chat and a window that allowed users to view the visitors that had visited their page of late. Today, the membership stands at $2 per month, which is further discounted, if a user chooses to lock in a higher tenure.

We spoke earlier of how live streaming has become Momo’s key revenue driver. This is mainly because there has been a tremendous rise in paid users of the live video streaming service. The platform includes gifts that viewers can send to broadcasters, to catch their attention or as a token of gratitude. Then, Momo takes a small share of the worth of the gift and gives the rest to the broadcaster. By September 2016, the number of live streaming users had touched 1.3 million! Users employ the platform to project anything from beauty tutorials to music countdowns. Momo doesn’t see the live video as purely a revenue play. Live video represents a new generation of netizens who use the internet as a creative outlet, as a medium of expression, and it is this growing trend that Momo intends to capitalize on, by turning existing users into users of live streams. It’s little wonder that a growing number of small and medium enterprises today are following suit, by employing live streaming platforms, the likes of Streamhash.

Momo lets you game your way into forming a new friendship. By adding a suite of games to their app, all developed in-house, the company saw a spike of 45% in revenue in the last quarter of 2016.

Momo has been inventive in the way that it has marketed itself since its birth, using simple, easy techniques to position the brand. In the summer of 2014, Momo launched a slew of outdoor advertising vehicles, from hoardings to street signages, to communicate its value proposition. The brand laid emphasis on its novelty. It also resorted to newspaper advertising to promote itself as a social media app. But what it did in the merchandising space was a masterstroke. Momo penetrated retail spaces and stuck badges over displays for toothpaste, detergent, and other household items. Their intention was to ingrain the brand in the minds of consumers.

Building Your Own Momo:

Businesses like Momo are composed of intricate layers of technology, constituting a fair share of the company’s total expenses. Regardless of the industry that you are in, there are a few leaves you can take out of Momo’s entrepreneurial book, to make your business successful.

Live streaming, for one, has served as a fantastic growth engine for the company, proving that users are drawn by the power of video and that a friendly face can make all the difference. Even if you start out small, tools like Streamhash can help you gather users quickly.

Momo has also displayed great success in employing subliminal advertising tools, by reaching the user in unlikely places like the grocery store, or the post box. If you’re contemplating how to market your brand, a combination of these tools, as well as social media promotion, is an ideal starting point.

Video and novel marketing techniques can steer a business towards new horizons. Try the Momo approach in your business!