5 Video Streaming Business Models that Could Make you a Millionaire 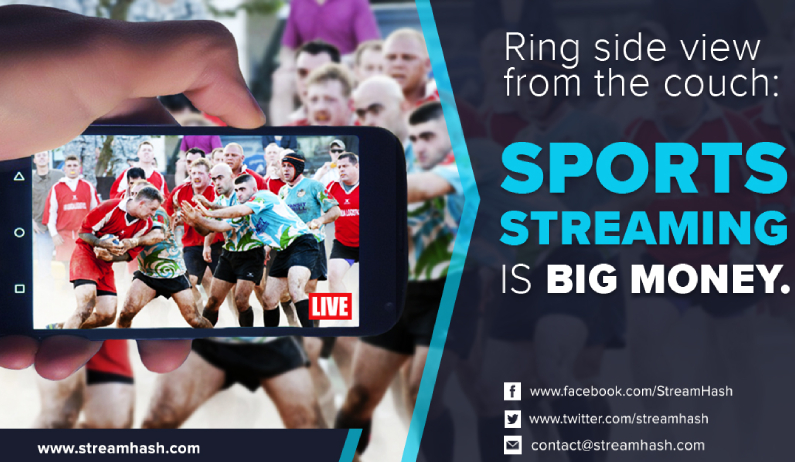 Entertainment today takes a variety of forms, with many of them residing on the internet. Whether it is insta-recipe snippets, music videos or laugh-a-minute shows, the online video landscape has quickly become a veritable Eden for entertainment seekers. And that means only one thing: there’s more money on the internet than ever before.

Today, we lift the lid on one of the most effective ways to leverage internet traffic; one that has caught the fancy of many savvy entrepreneurs. Say hello to video streaming, a technology that allows users to broadcast content, captured on a camera, through a device connected to the internet. The viewer receives this content, on another device, either in real-time or later. Streaming is a fun, engaging experience being adopted by an array of brands, to grow a personal relationship with each consumer. Live streaming, in particular, is catching on quickly. Look at Facebook Live, Instagram Live, Twitter’s Periscope for inspiration, if you’re wondering how it works.

There are endless possibilities in every sector, when it comes to setting up a video streaming business model. If you have a background in finance, video streaming could help you open a window between you and your customers with live chats, real-time financial advice and quicker turn-around times. If you have a passion for cooking, you could turn your kitchen into a makeshift studio, streaming stylised recipes through improvised techniques. And you do not even need a hefty bank balance to get started. Turn to a turnkey technology called Streamhash, a platform that lets you maintain your own streaming site, thereby lending you a singular online identity. Streamhash allows you to set up the technology within 2 days, and your launch costs will be 100 times less than if you were to develop and launch a technology from scratch.

If you have an exceptional idea and have been wanting to tread the entrepreneurial path, there has never been a better time than now to monetise your brand. Here are some ways to make money from home. Get ready to be inspired.

You’re probably already well-acquainted with the advertisements that slide in and out while you’re watching a video on YouTube. And while these ads may seem unwelcome to a viewer, they sweep in the most money for broadcasters. The fee is usually determined by the length of the video, and advertisers will pay you per click. Here’s where volumes play a big role. If you have a sizeable following, you can easily rake in about $1,000 monthly, from ads alone. This also means that you can maintain free viewership and draw a larger following.

But there’s more to online ads than meets the eye. In recent times, ads on the internet have been largely segregated into two: native ads and traditional ads. You’re already familiar with the latter concept; the kind of ad that appears intermittently during a YouTube video, pushing a product or service. A native ad, on the other hand is modelled after tremendous research, and employs powerful storytelling coupled with a journalistic narrative. These ads are educative and entertaining, and often, the audience may not even know that the content is sponsored. That’s the beauty of native ads; they mimic quality content that sits on your platform, and your user is likely to follow it right through to the end.

In January, this year, Samsung launched a digital campaign in India called #SamsungService. The campaign sparked curiosity and inspired a personal connect amongst viewers, because of a touching, four-minute film that the company launched on YouTube and across 50 channels as a condensed ad. Amazingly, the film garnered 18 million views in its first six days. Not only did Samsung profit from a farther reach, but YouTube prospered from astronomical ad revenues. When you do decide to take the ad route, consider featuring a healthy mix of native ads and traditional ads. If your native ad content leaves a mark on viewers, you’ve struck gold.

Donations are wonderful, and will work once you have reached out to your followers and have made an impact. Consider integrating a donation feature on your site, almost like a virtual tip jar, that viewers can fill at will. If you are thinking of starting your own video-sharing website on the lines of YouTube, there are several ideas you can use for donations. For example, South Korea’s Afreeca.tv has an inbuilt feature where viewers can pay for star balloons as they follow a broadcaster, which that broadcaster can then swap for real money. On Afreeca, 1 star balloon equates to about 10 US cents. Now that’s not a lot, you may think. But it is, when volumes add up.

Afreeca feeds on South Korea’s quirky culture of broadcasting every aspect of life, whether it is dining in front of a screen for your viewers, or simply donning makeup and appeasing a fan following. Afreeca is built on a virtual gift economy, with a free flow of gifts between viewers and broadcasters. With 25 million users and 7,500 channels, it’s a winning product. One streamer, Yoo So Hee set a record by making US $37,000 in one night, back in October 2014. She did it by prettifying herself and then interacting with her followers on Afreeca. But hey, where’s the money for Afreeca? Well, Afreeca gets a share of every star balloon that is bought, and the more money a broadcaster makes, the more Afreeca makes. It’s a win-win situation.

YouNow, a webcast service headquartered in New York operates on a similar model. With a user base predominantly under 24 years old, the site is used as an interactive platform for dance and music, amongst other activities. Sometimes, users simply stream themselves sleeping, or other routine activities that make up their day. In March 2015, a Brooklyn cashier named Tayser Abuhamdeh, made headlines after he began streaming snippets of his daily life to his audience. His following grew rapidly, but so did his phone bill. And soon, his virtual lifestyle became unaffordable. When he wrote in to YouNow, they put him on their partner programme, which would allow viewers to leave virtual gifts and tips.

YouNow’s partner programme is unique. Through it, viewers can earn coins by just interacting on the platform. In turn, these coins can buy digital gifts like hearts, sticks, beers and fist bumps. When these gifts are given to broadcasters, YouNow gets a cut in its value. The platform has also opened a premium gifting service for the partner programme, which allows viewers to buy gifts using money f, in the hope of eliciting a personal mention, or a declaration of gratitude. The premium service hives off a portion of a broadcaster’s earnings as profit. It’s a bright business model that can be applied to any trend really; cooking, gardening, cycling. You name it.

Sponsorships come with the territory if you’re a successful streamer. But how do you make money as a site owner? Sometimes, brands may approach a streamer directly, reaching a mutual financial agreement. If you’re a site owner, though, you can approach brands with the promise that you’ll have your top 10 users endorse their product during a fixed number of streaming sessions. This saves the brand money and time, and it leaves you as the middleman. This of course, means that you can liaise the deal with a fee in between. A revenue share agreement would make most sense in such a case, where the advertiser would pay a fixed sum per click, which you would then share with the broadcaster in a pre-decided ratio.

You don’t have to limit your site to the users that you have. Reach out to brick-and-mortar businesses and feature previews of their offerings on your site. Let’s say there’s an upcoming gym in your city. Have them shoot a video of an engaging exercise sequence and display it on your site. Or if there’s an exciting new restaurant in town, stitch together a behind-the-scenes teaser. While this doesn’t have to be your main business, it’s a great source of extra income.

YouTube recently announced that it is going to launch Super Chat, a fantastic new chat window feature that monetises creators. Through Super Chat, viewers of a live stream will pay for chat messages that will be highlighted in bright colours and pinned to the top of a chat window, to catch the creator’s attention. It’s a monetisation tool for broadcasters, and excites viewers who receive virtual recognition. YouTube, of course makes a commission on each chat message bought. Think of how a premium chat service could fit in to your video streaming business model!

If you’re inspired, reach out to Streamhash to get your website started and make money from video streaming. Growing your bank balance has never been easier.