3 Things you can Learn from a Netflix Business Model 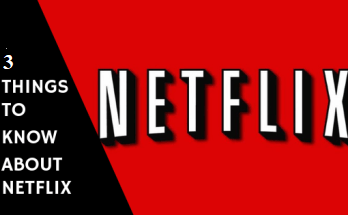 Technology has revolutionized the way things were being done in the past. Today, we are doing the same old school stuff, but through an improved and more penetrating media- The Internet. Broadcasting was a sphere traditionally dominated by the Cable TV and direct to home TV services. However, now it has stretched to a broader audience through live streaming and video-on-demand services.

Any discussion about VOD services cannot close without talking about how Netflix has emerged as an unprecedented supplier of videos from a number of niches. Started with broadcasting popular Hollywood movies and re-broadcasting TV episodes, Netflix ultimately becomes an original content producer and given mankind the awesome content like “Stranger Things” “House of Cards”, “Narcos” and recently the very popular “Mowgli: legend of the jungle”. These are just a glance at how Netflix has nailed the business model of streaming services in 2019.

Is awesome content the only reason for this massive leap by Netflix? I don’t think so. It is one of the reasons but not the sole one for sure. There are numerous other platforms with great content, but not all are as successful like this particular giant. I think the best ingredient in this recipe of success was the business model of Netflix.

How? This article aims at explaining the same. Meanwhile, we would also be explaining other things that video streaming services must learn from the Netflix business model. So let’s first understand the same.

So how Netflix makes money? Netflix makes use of one of the most stressful streaming business models- subscription model (SVOD). No doubt, they chose the trickiest path what others are afraid of doing. When most of the video streaming service is operating on the freemium model, Netflix business plan was to stick strictly to the paid-only access. Its only method of earning from the content consumers is to ask for a monthly membership.

After Netflix, SVOD has become a common streaming business model for every new entrant in the market these days.

How does it work?

But Netflix found a way to sophisticate it further

Netflix business plan was not just to start a yet another subscription-based streaming service. Instead, it found a way to earn more than just usual SVOD services do. It offered the full access to all its videos with a fixed monthly cost. However, a further sophistication was made to enhance the regular SVOD experience –

Netflix classified it membership plans into three different categories, based on two aspects-

If you look at the membership plans, they are quite expensive. The base plan comes $7.99/month. This is quite a cost. However, a closer digging would reveal that these plans made Netflix successful without saddling the prices on the subscribers.

For instance, consider the most expensive plan of Netflix, which comes $11.99/month. I seem to like the costliest plan, but in the actual scenario is the cheapest one. It allows a user to add four different user profiles, and let them log in on different devices at the same time. Now, you can ask three of your other friends to share the subscription cost and get the costliest plan at the cheapest rate.

Bottom line: Netflix nailed the trickiest video streaming business model into the most rewarding one.  Other business must learn that adopting a business model is not enough. They would need to consider the scenarios where they can re-shape the existing models into rewarding options for both the parties. In fact, considering your customers’ preferences would help you maximize the earnings without looking like doing so.

Tell me a video streaming medium where Netflix does not work. Take the popular mediums for instance- TV, Laptop, Desktop, Mobile, and Tablet-

Does Netflix let you watch your favorite movies on each of these platforms?

Does Netflix let you synchronize your user account on each of these platforms?

Does Netflix have an optimized user interface or application for each of these platforms?

Off course yes! This is yet another factor that made Netflix so popular among the content consumers from all the platforms. In fact, its optimized applications for different modern-day televisions were the sole reason why many people today spend most of the time watching Netflix on TV rather than the regular broadcasted content on Cable TV.

Today, Netflix lets you stream your favorite content from all sort of modern day devices and platforms like –

Bottom Line: If you want to launch a successful business like Netflix, it is wise to make it accessible to all the prospects from all the possible platforms. In a world where there is an internet-based alternative available for everything, video streaming service could be a great success by opening every possible entrance to it for the common users.

In addition to the above three major takeaways, I would love to mention the following lessons that I learned from the Netflix business plan-

Despite offering one of the most expensive membership plans in the streaming industry, Netflix nailed the revenue by emphasizing on building long term relationships. Instead of selling once and forgetting the rest, Netflix subscription model also invests a fortune in their customer service. The free trial without any commitment is one such example of the same. It lets the consumers try out the service for free and then chose to continue or discontinue the same. This trial alone is enough to encourage the consumers in Netflix’s service quality.

Despite receiving a huge word of mouth popularity, Netflix still never fails on the content marketing part. From strategy planning, content development, to content promotion, Netflix content marketing strategies are indeed inspiring. It may sound old-school, but considering the amount of thin content on the internet, it is overwhelming that Netflix still believes in engaging customers with a content marketing strategy. Regular Blog posts, behind the scene leaks, social media posts to YouTube marketing, one can easily find a Netflix content on each of the popular platforms. In fact, the regular social media posts help the company to get many discontinued subscribers back through the popular memes and posts originating from time to time.

Just check out how the recent Netflix movie “Bird Box” broke the records by getting views from more than 45 million user account in just 7 days. Many experts might say that Netflix does not need memes to get views, but memes professionals will never let the opportunities slip from their hands. This is what that happened for this particular movie. Memes started flowing all over the internet, encouraging many others to watch the movie just to know what this fuss is all about.

Subscription-based models are the future

Not just for video streaming, but subscription-based businesses are booming equally in all sort of niches. Today, there are service providers for renting you a range of products like furniture, clothes, electronics, vehicles, and even jewelry. Even economic slowdown cannot force many such businesses to step back. During the economic downturn, people would love to prefer these subscription businesses. It is a wise way to prevent the upfront in buying when people can simply subscribe to one when in need and then discontinue it when not needed. Netflix’s subscribe or unsubscribe anytime approach lets it earns by billing lesser yet recurring amounts instead of asking for the high upfront cost. SVOD is a futuristic idea. No doubt it is expected to capture a gross market of $100 billion by the end of 2020.